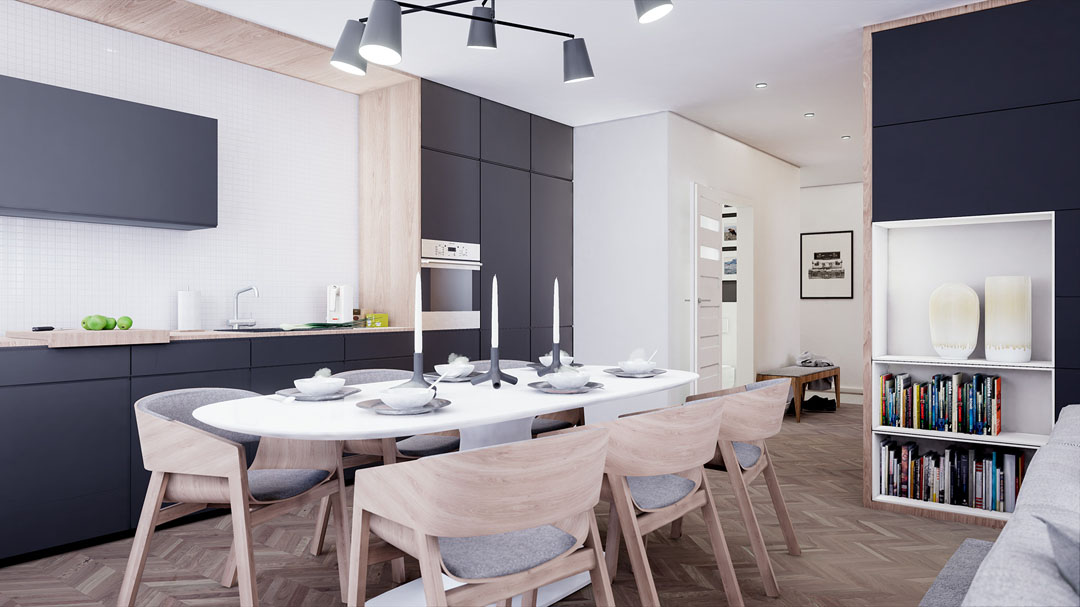 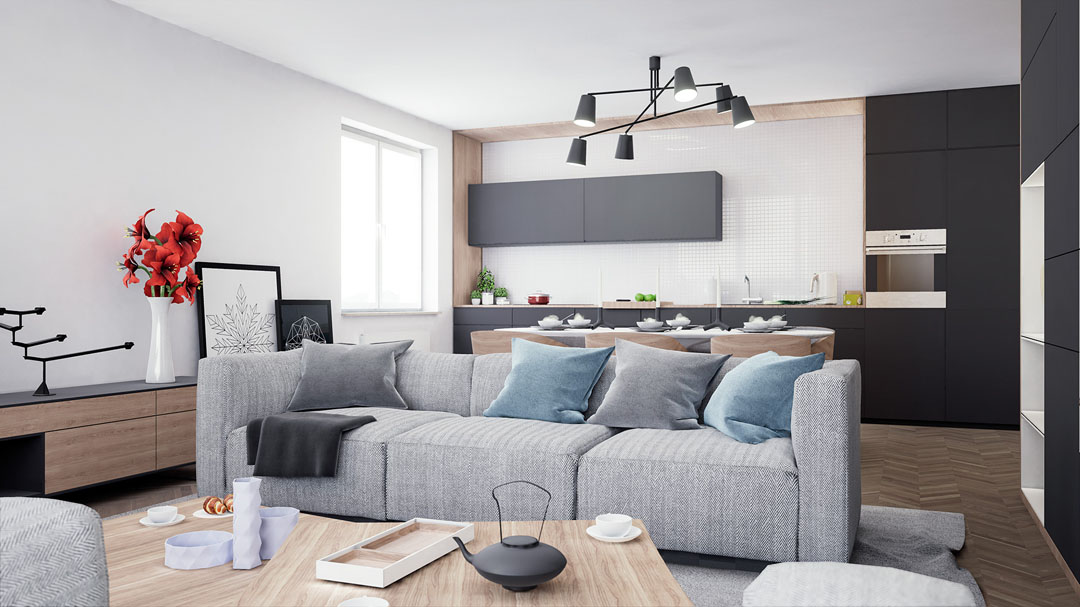 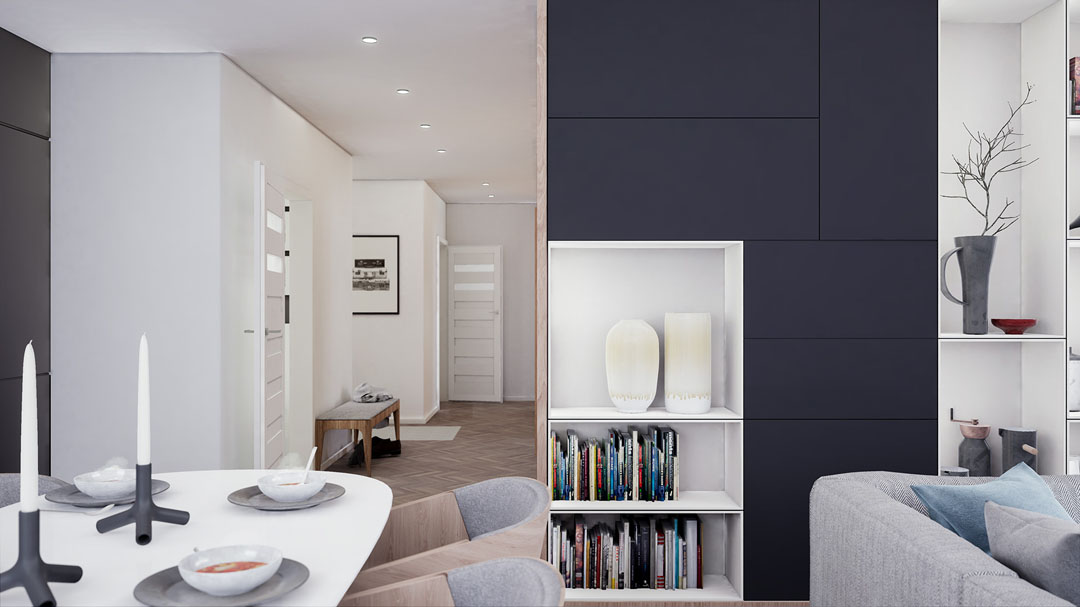 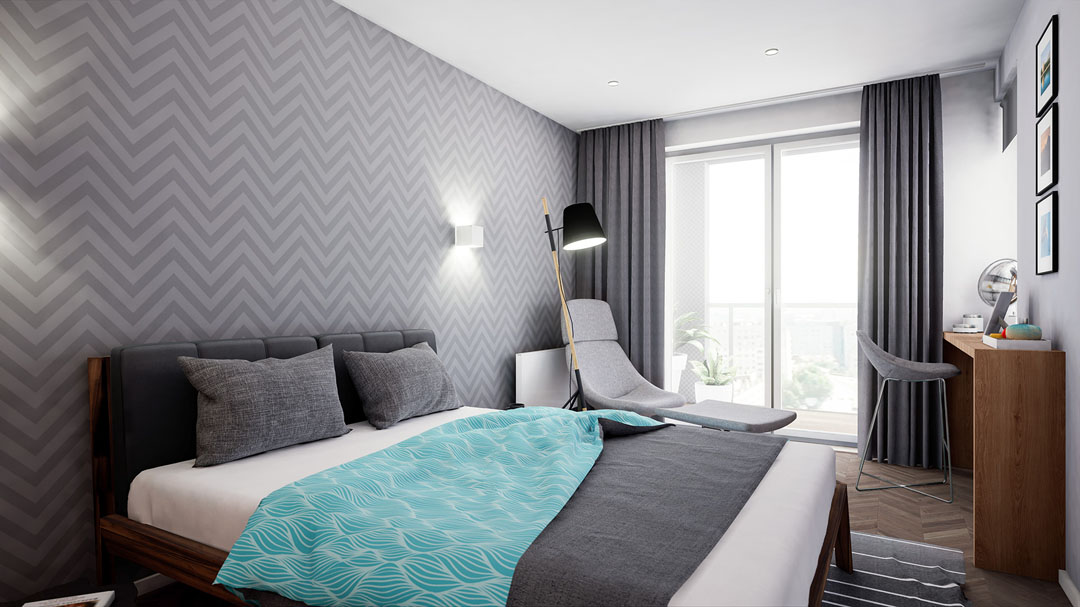 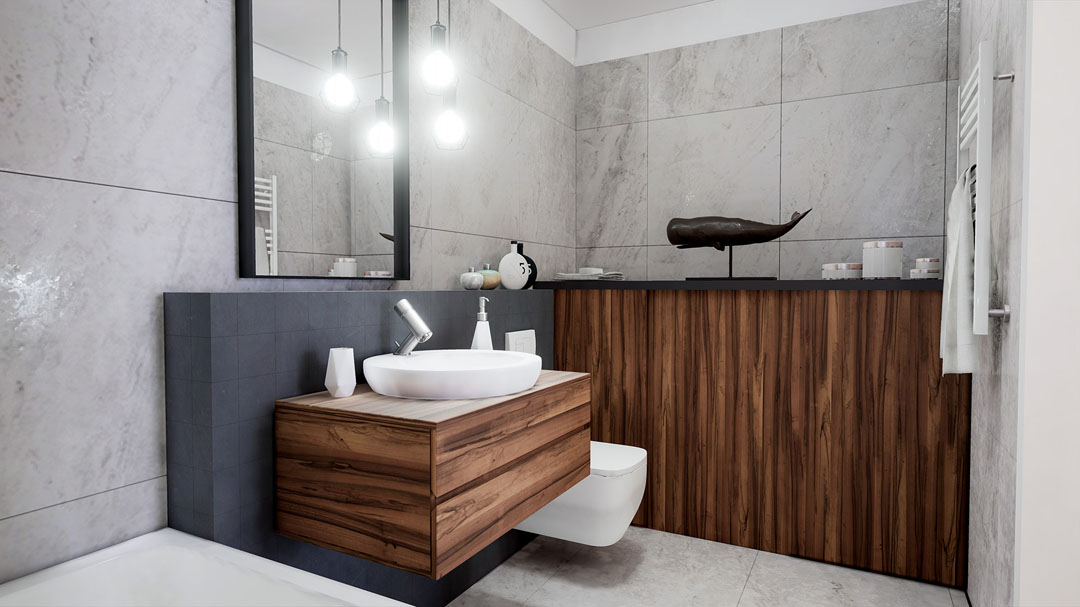 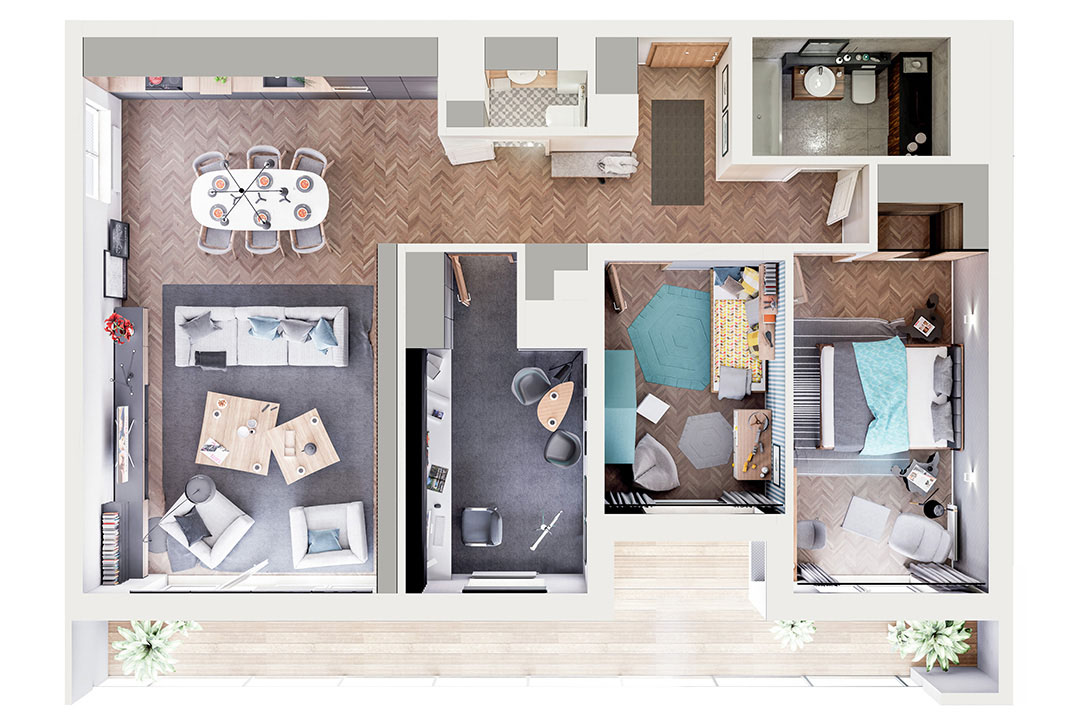 An interactive visualization of a modern 101 sq m apartment with panoramic view of Rzeszów made for DevelopRes in Unreal Engine 4. Real-time rendering. On our visualizations there is exposed the biggest advantage of building investment of SkyRes - a view from window. Interactive architectural visualizations give us possibility to visit entire apartment on a computer or by using virtual reality goggles such as Oculus Ritf, HTC Vive or Samsung Gear VR. The virtual environment where the observer has the ability to walk around and even interact is rapidly gaining popularity. The generated stereoscopic image and built-in motion sensors allow the observer to fully experience the surrounding virtual space. This impression is intensified by changes in the angle depending on head movements.